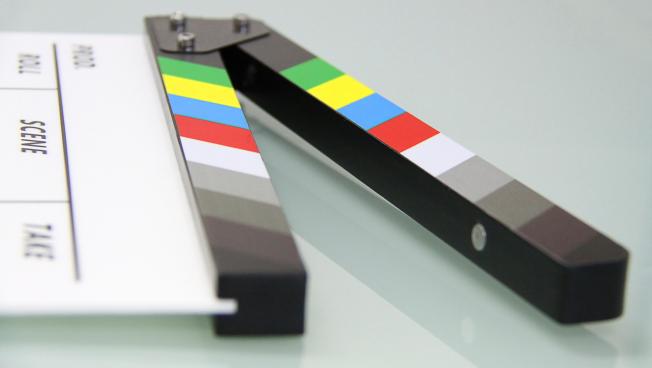 Call it the Mass. Film Tax Credit, the sequel. Once again, the tax breaks Massachusetts gives to movie companies who film in the state is up for debate. Is this credit padding the wallets of Hollywood fat cats? Or is it a savvy investment for Bay State productions? I’ve long been a supporter because I think the long-term gains more than make up for the state’s payout. I’m urging legislators not to unplug the klieg lights. I should also state for the record that WGBH benefits from the credit.

Supporters are lobbying hard to keep the tax credit, and it’s still in the governor’s budget for now. But, there continues to be calls to eliminate the tax credit, or at the very least, significantly trim it.

This is how it works: Right now, movie makers get a 25 percent break on production and a 25 percent break on payroll. Massachusetts is one of 36 states to offer such a credit, making it easier for films like "Black Mass," "The Finest Hours" and "Ghostbusters" to film here. The Boston Herald reports that "Ghostbusters" got $26.7 million in tax credits, the most of any locally made film. That is a lot of money, but competition among states to woo production dollars is fierce. Georgia tops the list of states investing big and realizing a huge return on its investment. This month alone, 33 movies and TV shows are filming in the Southern state, no doubt attracted by its 30 percent tax credit. Recent data from 2015 reveal that Georgia enjoyed a $7 billion dollar economic impact from the tax incentive, up from the $241 million in 2007.

Here’s the thing — Georgia measures the full economic impact of its tax credit. It calculates both direct revenue from productions — the camera crews, local actors, filming locations, as well as indirect benefits — restaurants and coffee shops, moving companies, beauty salons and more. Here in Massachusetts, there is no report detailing the full economic impact. The oft cited studies have only measured revenue from the productions. For example, the Massachusetts Budget and Policy Center points to the 430 yearly local jobs generated by the industry.

But, what about the millions spent on still-to-be-identified purchases of local goods and services? Businesses like the ones run by Harry James of the New England Demolition and Salvage, and Nancy Kanell of Project Home Again are not included in the measurement. In an interview on my radio show, Under the Radar, both James and Kanell told me in great detail about the benefits they reaped from the Mass. Film Tax Credit.

Gov. Baker has tried to kill the tax credit twice, but has not weighed in this go around. Instead, legislators are trying to kill or significantly modify it, citing the state’s tax revenue shortfall. Certainly, hard choices must be made in the next few weeks before the final budget is finalized. But, lawmakers need to realize that the Mass. Film Tax Credit is not, as the Boston Globe editorialized, “a state-sponsored heist of taxpayer money.”

Let’s not make a decision based on only part of the information. Let’s measure the full economic impact of the jobs, goods and services linked to the production so there is proof of positive far-reaching impact or not. Lawmakers, we can only give Georgia some real competition if we stay in the game. Keep the tax credit — there is still time to ensure many more happy endings on the screen and in the state’s wallet.