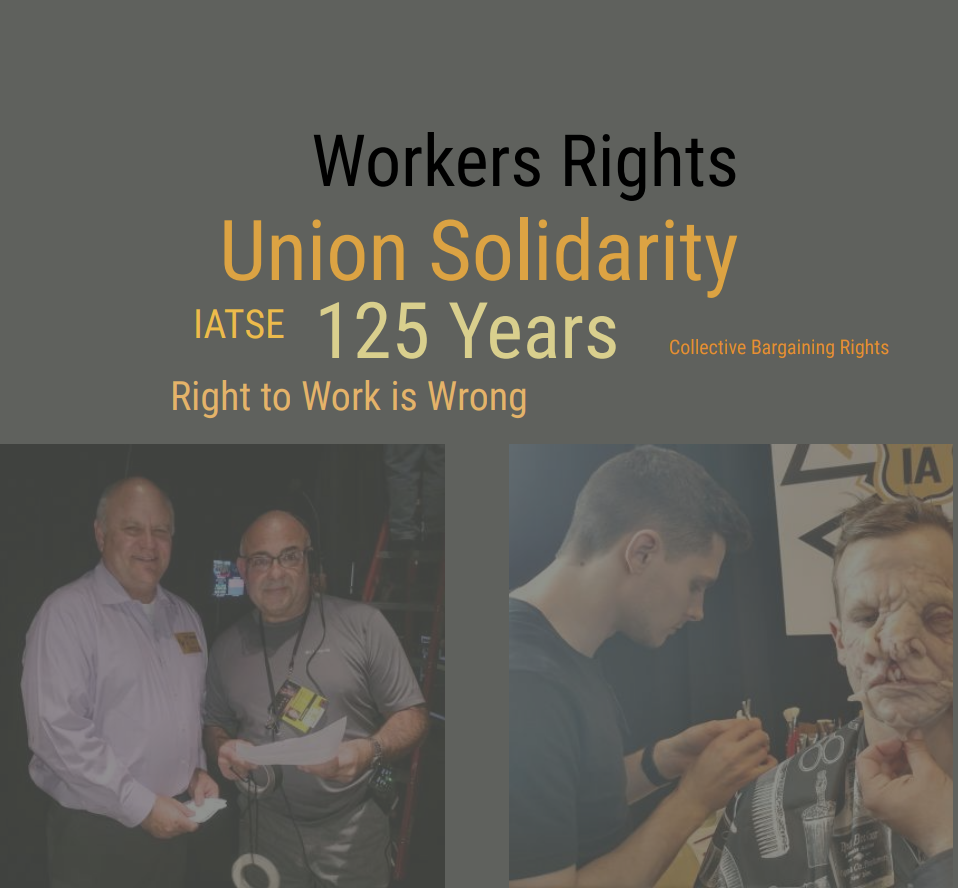 The US Supreme Court decided in Janus v. AFSCME that the public sector is now entirely "right-to-work" in one fell swoop. Janus has been the culmination of decades of attacks on working people by corporations and the wealthy - and the politicians who do their bidding - to rig the economy in their favor. The forces that were behind the case are the same forces that have pushed to limit voting rights, undermine civil rights, and the relentless attack on immigrants. The case was purely a political scheme to further rig the economy against working people by striking down the freedom of working people to come together in strong unions. We must work to combat this attack on collective bargaining by talking with our friends, families, and co-workers.

This decision is a purely political scheme to further rig the economy against working people by striking down the freedom to come together and form stronger unions. The IATSE stands with our sisters and brothers in this fight and is committed to ensuring that the strength of unions endures.

Facts about the decision:

The Supreme Court has stripped the freedom of working people to join together in strong unions to speak up for themselves, their families and their communities.

Unions have played a critical role in building and protecting the working-class in America. They help hardworking people build a good life.

The corporate interest behind this decision simply do not believe that working people should have the same rights CEOs have; the freedom to negotiate a fair return on our work so we can provide for ourselves and our families.

This decision strips working people of their political power.

"Right to Work" is bad for the IATSE and Working Families

What is "Right to Work?"

"Right to Work" is the name for a policy designed to take away rights from working people. Backers of right to work laws claim that these law protect workers against being forced to join a union. The reality is that federal law already makes it illegal to force someone to join a union.

The real purpose of right to work laws is to tilt the balance toward big corporations and further rig the system at the expense of working families. These laws make it harder for working people to form unions and collectively bargain for better wages, benefits and working conditions.

Many IATSE members work for public sector employers like universities and publicly funded theaters in communities across the country, and we must stand with our brothers and sisters in this fight.

The fee non-union members must pay to cover the cost of collective bargaining.

A worker's pay drops on average 3.1% when right to work laws are passed.

Strong Unions are vital to unrigging this economy because they improve all communities and the lives of union and non-union members alike.

Unions raise wages for both union and non-union workers.

Unions are more important than ever - and Americans know it. New Gallup research shows that 3 in 5 Americans have a favorable view of labor unions. That's the highest level in 15 years - and support is even stronger among younger people.

When union membership is high, entire communities enjoy wages that represent a fair return on their work and greater social and economic mobility. Unions use our collective voice to advocate for policies that benefit all working people - like increases in the minimum wage, affordable health care, and great public schools.

Unions provide a path to the middle class for working people by increasing their income and creating economic security for their families. As union membership has decreased, income inequality has risen in the United States.

Strong unions advocate for eīual opportunity for women and communities of color who have been systematically disadvantaged due to discrimination and prejudice.

Why we must continue to fight:

Today's rigged economy disproportionately hurts women and people of color. Unions can help them gain their fair share of the wealth they create.

Those of us in the labor movement and the civil rights community know that economic justice and civil rights are inextricably linked. One cannot be achieved without the other.

Across the nation, more than half of African-American workers and nearly 60 percent of Latino workers are paid less than $15 an hour.

Union jobs continue to be a path to the middle class for people of color, who often face low wages in their professions. African-American union members today earn 14.7 percent more than their non-union counterparts. 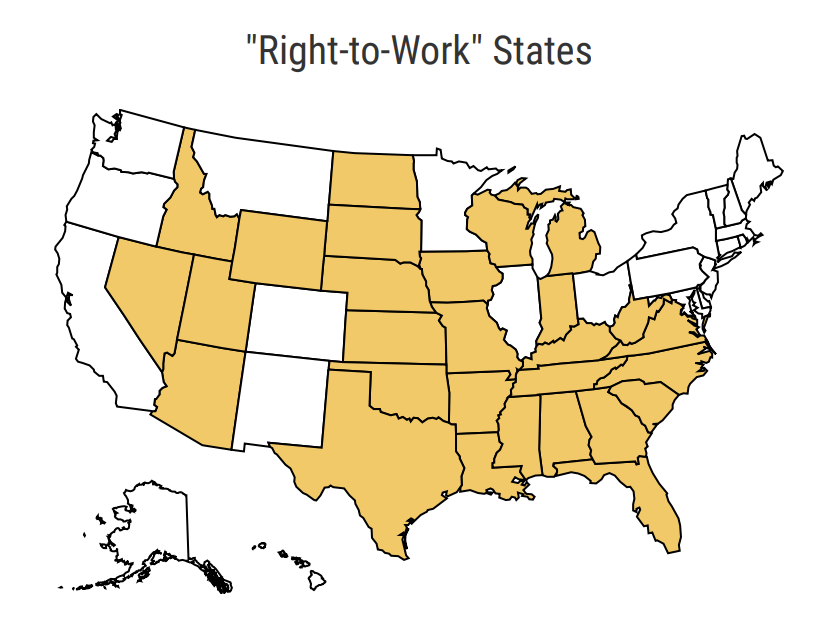 12 of 15 states with the worst gender and racial pay gaps are "Right to Work" states.