First of its kind in depth study of the economic impact one season of TV Series. 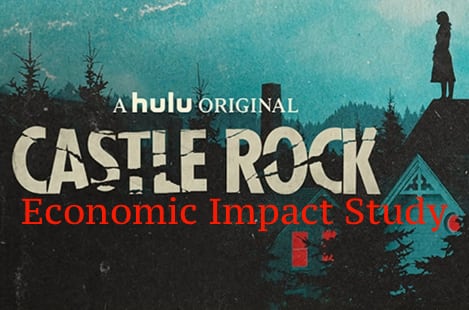 Whether it's a scene for Amy Schumer’s film "I Feel Pretty" in Salisbury Beach, a few takes of "Little Women" shot in Ipswich, most of the Academy Award-winning "Manchester by the Sea" filmed in the town that actually hyphenates its name, or episodes of the "Wicked Tuna" TV series filmed in Gloucester, the American film industry has really cozied up to Massachusetts.

The list could go on - don’t forget Adam Sandler and scenes for "Hubie Halloween" shot in Essex, Salem and Danvers, or "A Ring for Christmas" filmed in Newburyport - but the evidence for boasting about the Bay State as a magnet for filmmakers is a strong one.

Much of the attraction grew out of the Massachusetts film tax credit that kicked in 14 years ago and is scheduled to go away the end of 2022. A study by Industrial Economics of Cambridge looking at the benefit to the state's economy of all this filmmaking bolsters the case. The study analyzed data on production spending by Warner Bros. Television, which produced the Hulu TV series "Castle Rock", and concluded that for every $1 the state gave as a tax credit there was a return of $4.73.

The report's conclusions, as covered by Commonwealth Magazine, are based on a single year-long production, but they run counter to previous Mass. Department of Revenue conclusions that more than half of the spending created by film tax credits went out of state. This new report says of the $58 million spent filming the first season of "Castle Rock," the total in-state spending added up to $41.5 million.

Commonwealth surmised that the economic upside for the Bay State from filming the full season of the show is probably greater than the average movie, which would spend less time shooting in the state. But the tax credits are a big draw for any filmmaker, which can convert them into cash "by either selling them back to the state at 90% of their face value or by selling them to a corporation or individual with a large tax liability in Massachusetts," the magazine reported.

Given that scouting locations and rounding up investors for a film can take years, the state would be wise to renew the film tax credit before it sunsets in two years. Film companies need to know the tax credit is here to stay. It would be a shame to let the tax credit expire, possibly sending the fishing vessel Hot Tuna sailing off to a new port far from Massachusetts waters.