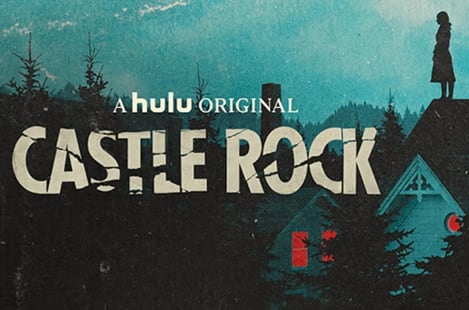 A STUDY BILLED as the first of its kind indicates the initial season of Hulu's Castle Rock television series received a projected $14.6 million in film tax credits from the state and generated $69 million of total economic output in Massachusetts - a return of $4.73 for every dollar of tax credit.

The study is unique in that Warner Bros. Television, the producer of the series, shared inside data on production spending with Industrial Economics of Cambridge, which was hired by groups pushing for the elimination of a 2022 sunset date for the film tax credit.

The data indicate a good chunk of the production spending paid to people and vendors outside the state actually was spent inside Massachusetts, increasing the rate of return on the tax credits issued for the production.

The conclusions in the report, which focus on a single year-long production, run  counter to industry-widereports done years ago by the Massachusetts Revenue Department suggesting more than half of the spending spawned by film tax credits flowed out of state. Castle Rock was the first series to be filmed in Massachusetts in more than 25 years, and its economic impact in Massachusetts is likely larger than movies and other productions, which have much shorter film shoots. Castle Rock operated out of New England Studios in Devens.

The Massachusetts film tax credit was launched in 2006 and is scheduled to sunset on December 31, 2022. It offers anyone shooting films, TV shows, or commercials in Massachusetts a credit equal to roughly 25 percent of whatever they spend. The credits are extremely attractive because they can be converted into cash by either selling them back to the state at 90 percent of their face value or by selling them to a corporation or individual with a large tax liability in Massachusetts.

The higher in-state spending number is based on estimates of what individuals from outside Massachusetts working on the series would have spent inside the state while working here. The analysis also says many non-personnel expenditures made to addresses outside the state actually were made to in-state vendors. The report said most of those payments were made to local outlets of national retail chains and car rental companies, which had out-of-state addresses.

Using economic multipliers, the Industrial Economics report estimated the $58 spent on Castle Rock yielded a total economic impact of $69 million. The report said 1,026 full-time jobs were created by the production and spending occurred in 210 cities and towns across the state.

At a Zoom press conference, Chris O’Donnell, business manager of IATSE Local 481, the union representing technicians and craftspeople on film sets, said TV and movie productions plan years in advance, and may shy away from Massachusetts if the sunset date on the film tax credit is not removed. Pointing to a map showing communities in color where Castle Rock spent money, O’Donnell painted a grim picture if the sunset date is not eliminated.

"If we don’t eliminate the sunset soon, this map is going to start looking more and more white with less and less color," he said. "Productions and producers of this content need certainty. Having this program end in two years creates more uncertainty."

Sen. Sal DiDomenico of Everett, who supports the tax credit, said the data indicate large numbers of Massachusetts residents are benefitting from the program. He said the film tax credit is not supporting big-name actors such as Tom Cruise and Johnny Depp.

"The narrative that we’ve heard on the film tax credit is that it benefits the Hollywood elite. That’s BS," he said.

The Industrial Economics study did not examine how the tax credit benefitted stars and directors from out of state. It only concluded that $16.5 million, or 28 percent, of the $58 million spent on Castle Rock went out of state.