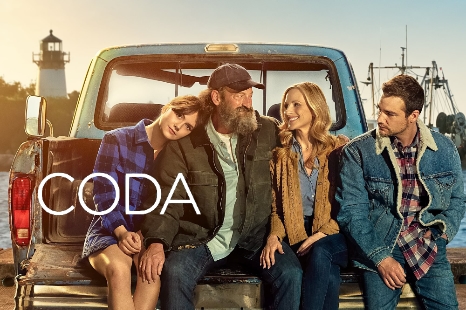 Production for the film was based in Beverly in 2019, and shot in 6 cities and towns including: Beverly, Boston, Cambridge, Essex, Gloucester, and Rockport.

During the 3 months that "CODA" was in Massachusetts, the production employed over 360 Massachusetts residents including crew, principal and background actors.

"CODA" (an acronym for "child of deaf adults") is a story focused on the only hearing member of a deaf family, who attempts to help her family's struggling fishing business while pursuing her own aspirations of being a singer. The movie is widely praised for its portrayal of deaf culture and the use of deaf actors in lead roles.

Massachusetts residents involved in the production, and from the cities and towns where filming took place, take pride in the continued growth of the film, television and streaming production industry in the state.

'This is the stuff of childhood dreams,' says writer-director of 'CODA,' shot in Massachusetts - The Boston Globe

"CODA" is available to stream on Apple TV